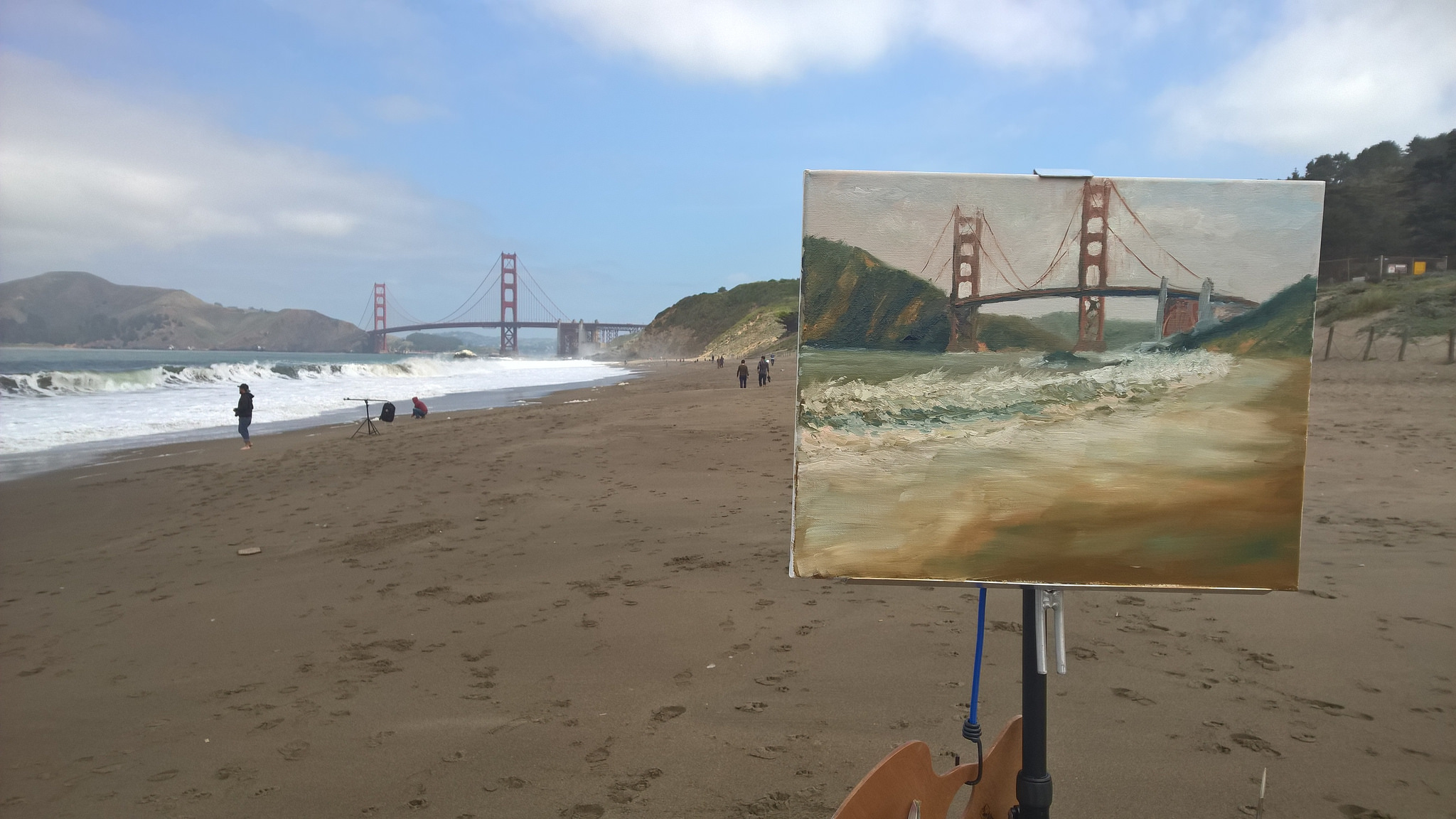 I'm a massive dork. I have no problem being utterly awkward for no reason in the most normal of situations. I'm the guy who dragged a guitar around everywhere I went so I could practice every day. I'm the one who bought a Picnic Time Fusion Folding Chair so I could go painting out side all day. Yes, I actually filled that thing with art supplies and dragged it to parts of San Francisco then spent the whole day sitting there painting horrible paintings. I even posted them on Twitter and Flickr showing all my bad paintings, some truly terrible ones at that. I never know what to do with my hands. I frequently mumble or yell odd things to people when I'm nervous to the point that people completely ignore me in conversations. I'm such a dork I once had a woman point at me from across the street, a total stranger, and yell, "WTF Dork!" I still have no idea what I was doing other than walking. If that's not Dork^10 then I've got loads of other stories. Ones where I hilariously and tragically ruin dates, jobs, social functions, and everything betwixt.

I'm just me and despite my efforts in the past, I can't really avoid being open about who I am. It's this openness and willingness to do or say something despite the probable social costs that gets me labeled a dork. Yet, this is also why I'm able to learn things rather quickly, experience them fully, and be comfortable with who I am. Everyone who knows me usually figures this out, and either they think it's endearing or infuriating. The ones who find it endearing many times also think it's inspiring. Here's this guy who should be ashamed to exist for daring to embarrass himself repeatedly, yet he's not.

That inspires many people, but this also drives other people nuts. Usually men. The Cool Hip Tough Dudes (CHTD). I'm an abomination to Lord Jesus and Satan in the eyes of these douchebags. Dorks should be driven out of existence and beaten until they conform to the rest of the world's beige displays of feelings. The world should be "cool man", devoid of emotion, stoic and reserved, flavorless, and any guy who drags a fucking picnic chair to the beach and tries to paint in front of people when he can't deserves the CHTD WRATH! The fact that I've never paid for my dork sins just drives these guys nuts. I love it. Nothing's better than an asshole who thinks he's cool and hard core because he wears Adidas track suits and listens to rap just fuming because I'm not paying for being who I am and there's nothing he can do about it.

I love being a dork and people who hate dorks can choke on barbed wire. Fuck all y'all.

The reason I just go for it, and fuck anyone who thinks I'm wrong for trying and failing at things, is I can't let feeling like a dork get in the way of progress in the things I love. I figured out a while ago that if I want to get good at something, I need mileage. I need distance. Time. Weight. There's some metric of effort that I just have to put in, every day, or else I won't get good. A great many skills are of the kind that have very simple concepts which can be learned in about a week, but then require years of constant training and effort to get better. This isn't revolutionary thinking by any means, and has probably been the foundation of education for as long as there's been education. The more I do something the better I get at it. Duh.

I recently took a small painting class and the teacher kept saying, "Getting good involves values and mileage." What he meant was that as a painter your biggest problem is the values (light and dark) in the painting. Without values people won't be able to visually understand what they're looking at. In addition to that, and more importantly, you need miles of canvas under your brush. It's literally measured in miles, and until you have some metric of surface painted you can't get good. One teacher said "500 paintings". Others recommend just painting in black and white for a year or more. I took this advice and did loads of monochrome paintings. Many teachers even go so far to say that once you learn some basics all you need is mileage to learn the rest.

If you play music it's measured in hours and days, but you could say that the number of times your hand runs over the instrument is your miles. In programming it's the pages of software you read and (more importantly) write. If it's something that you need to practice, then there's some kind of distance you have to travel to get good at it.

Only way to travel that distance is to start and keep going. The catch is you have to go this distance as a dork because as a beginner you are clueless of social norms in that activity. You just can't help it. Unless you get lucky and figure them out quickly, you'll end up needing to learn the social norms by doing the activity a lot and listening to other people correct you. If you start painting, you won't know the fairly arbitrary rules of composition in western art. If you study guitar you won't know the various social norms of song forms, rhythm, and style. If you write code you won't know the social norms of "idiomatic" code. It's just what being a beginner entails, so you are forced to do this distance as a dork until you figure them out.

Fear of being a dork will limit you in your future educational goals, but it's a fear that's easily overcome. I'm serious. If the thought of being embarrassed sends chills down your spine and drives you away from learning something new then I have a solution for you. It's an easy solution, and it'll help you out tremendously in many other parts of your life. Here it goes:

Post your attempts online, where nobody can actually hurt you, and be brutally honest about how long you've been doing it and what is good and bad with your attempt.

What will happen is you'll get a panic attack, heart racing, palms sweating, but it's all imagined. The internet's not real. You'll post your total turd of a painting, song, code, and then nothing will happen. Worst thing that will happen is someone says it sucks, but that's when you go, "No shit asshole, I'm just a beginner. Do you punch babies in the face too fuckwad?" As long as you're not delusional most people will say nice things, and some people will say helpful things, and then you just block the rest. A good phrase to start using is, "I feel I've improved in this attempt, but could do better with..." Eventually as you keep posting what you're doing it'll get less and less scary and then something magic happens:

You start getting good and stop being a dork.

Obviously some people are mega assholes, so if you are really truly afraid to post anything online then just do it under an assumed name. Make up a twitter handle and post there. Even better if you can get a few friends who are also learning to post too, that way nobody knows it's multiple people and they'll think it's some crazy prolific beginner.

That's all there is to it, although clearly that's a difficult task. Once you bust through about 10 posted attempts the fear of being a dork will fade away and then you'll be able to just do that dork distance and enjoy it. Dork fear is the mind killer. Embrace it. You are a dork. Welcome to the dork side. I love puns. 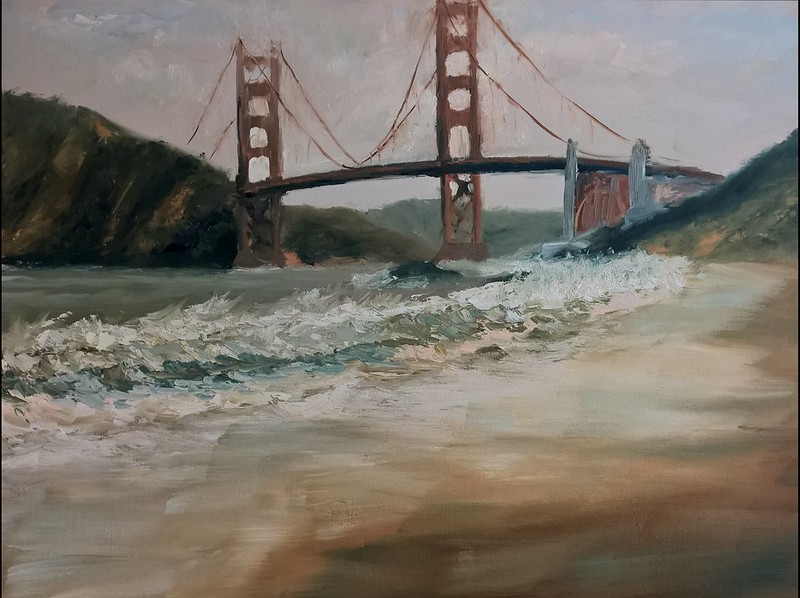